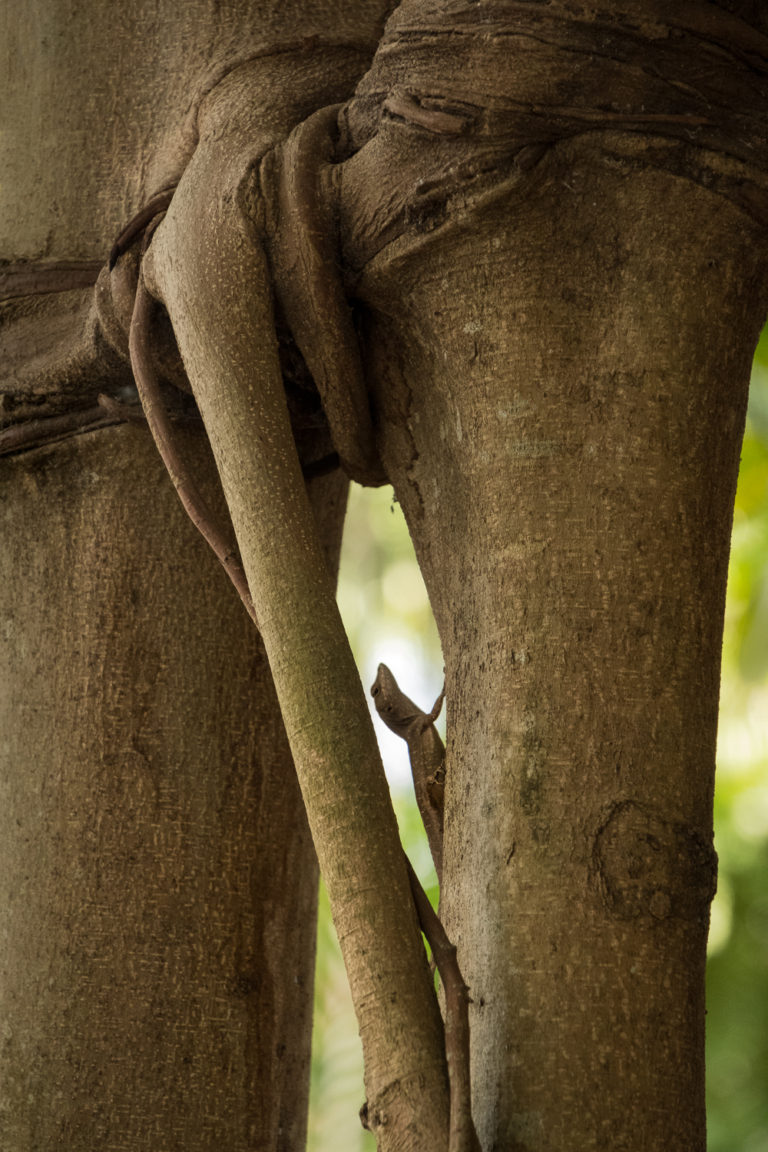 I found one of the Banyan trees in Boca Grande Florida seemed to be the home for several dozen Brown Anoles. Brown Anoles are shy and move quickly. Most of them were 6-8 inches long including their tail. I had to move slowly, take frequent stops, and have my camera raised so that they got used to me and I could take their photo before they scurried off. I liked the challenge and spent a half hour trying to get their trust or at least have them ignore me.

I like to look for zoomorphic forms in nature as well as faces. I took this photo of an area of a Banyan Tree because it looked like an elephant to me. I was surprised when I downloaded my photos that I had been photo bombed by a Brown Anole.