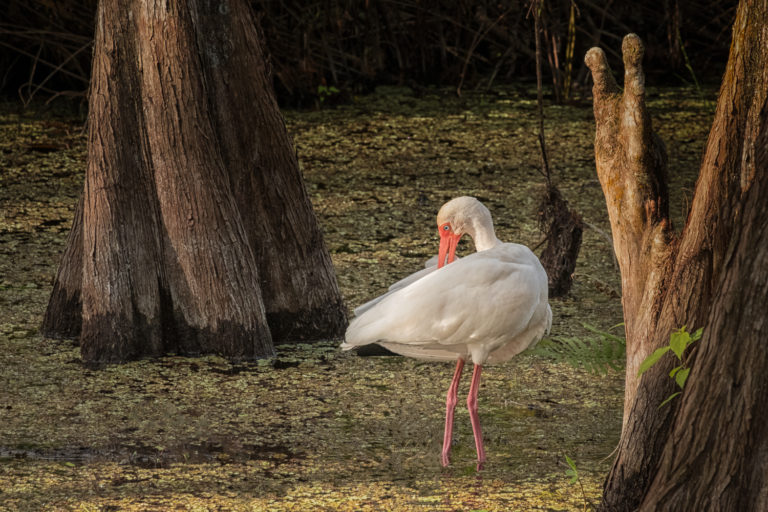 There were plenty of birds in Six Mile Cypress Slough. Most of them were hunting for their lunch. Many were too far away for me to get a get a detailed photo, but there were plenty near the boardwalk. They were running around in the swamp, which in many places was only about 6 inches deep. They tended to show up more when there was no one else around and I was just standing and looking for something that caught my eye to photograph. The trick was to find a more open area in the swamp, so that my photo would not have grass or sticks in the middle of the bird’s eye. This Ibis was grooming herself in area with less debris. She had been standing for about 5 minutes with this Heron. They were both watching me. 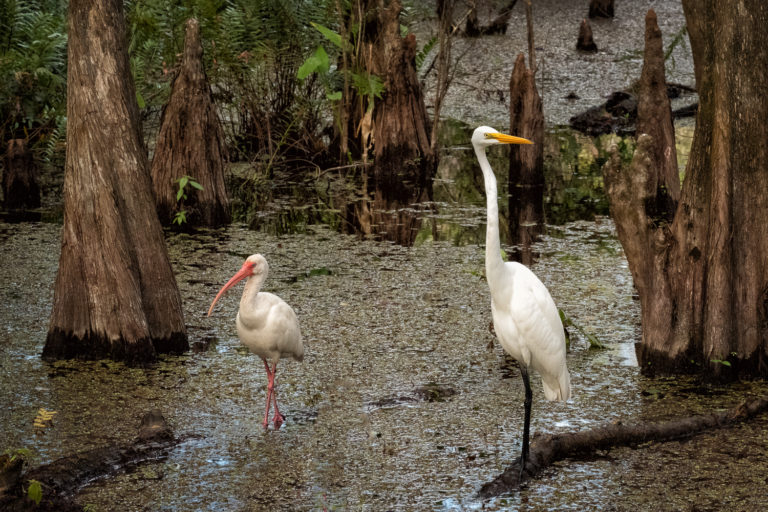 I doubt this was the same Heron, but she was running around a more swampy area with a group of Ibis. They seemed to be circling around the trees, so it was hard to tell how many birds there were. I might have been seeing the same 3 birds over and over. The Heron seemed more patient about watching and waiting for a fish to swim by, so it was easier to get her photo. 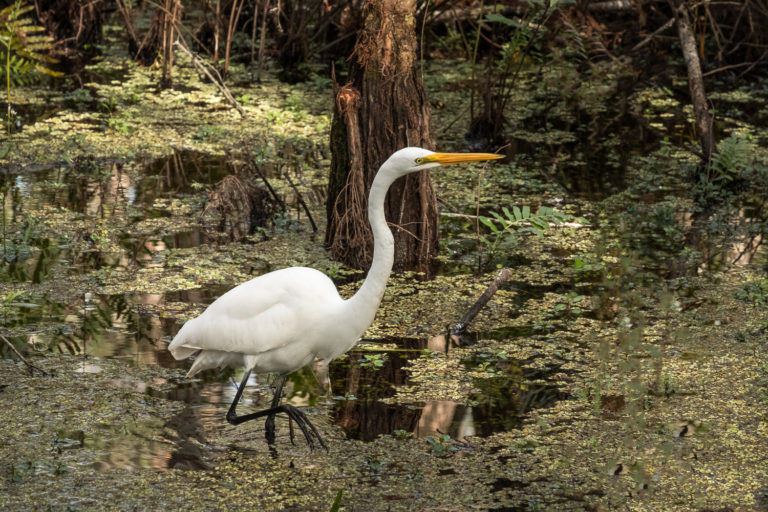