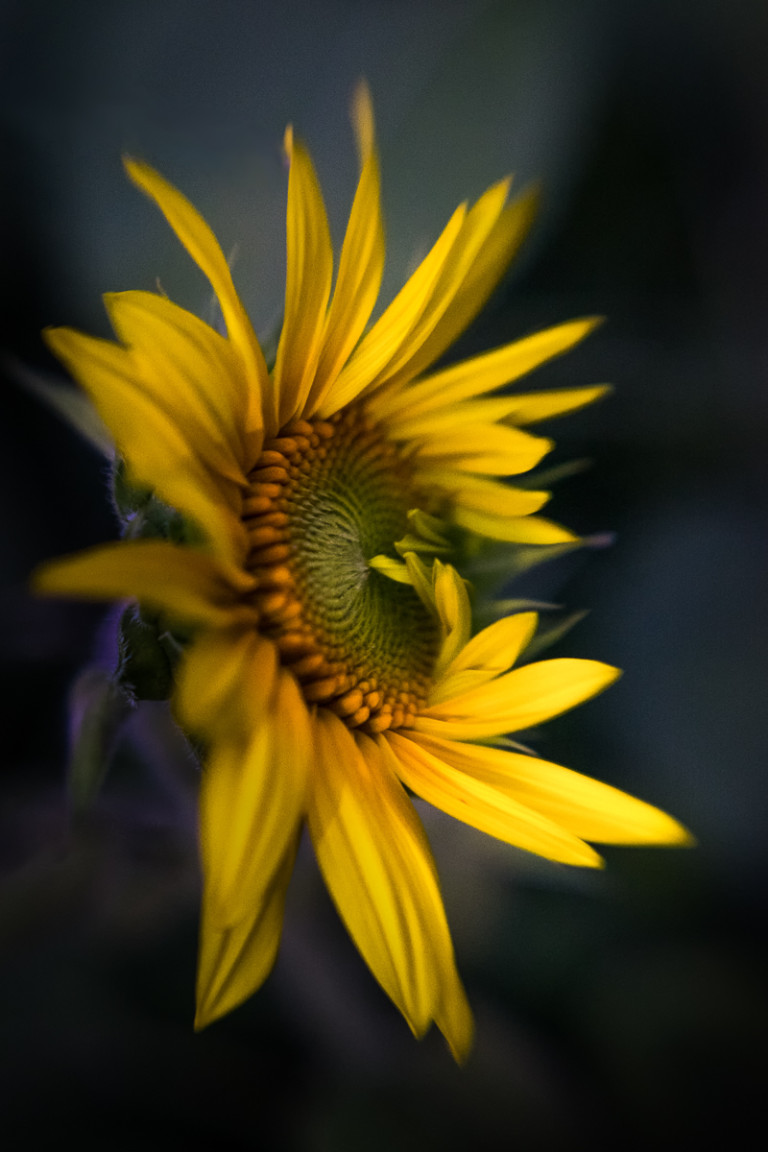 The North Carolina Department of Transportation has a wildflower program where flowers are planted along the highways. It was started in 1985 by Former First Lady Dottie Martin, wife of former Gov. Jim Martin, who was probably inspired by Lady Bird Johnson in Texas. It is a great opportunity for photographers and there are three areas included in this beautification project that are a ten minute drive from my house. This year we got several fields of sunflowers, along with poppies, cosmos and zinnias. I like to find a flower that is different than the others and has some special characteristic. This sunflower seemed like it was shy and didn’t want to show her face. She was peaking out from behind her hand.

It is wonderful to have so many flowers to shoot, so close by, but it is not the most pleasant place to photograph. The flowers are located between and interstate highway and an exit ramp. The cars are whizzing by creating noise and wind. Sunflowers are easier to photograph than poppies or cosmos because they are less effected by the sudden breeze from the cars.

I was out there early one morning with my tripod  and a highway truck drove up and parked. A man got out and looked around and then noticed me. He came walking over and I was afraid that he was going to ask me not to photograph there, but instead, he started telling me that he was the one who planned, planted and took care of the flower field in this area. He was happy that I appreciated them and did I have any suggestions on what he should plant for the Fall. He went back to his truck and got his camera and showed me some of his photos.

After he left a sheriff drove up and got out of her car. I was afraid that she was going to tell me that it was to dangerous to park or photograph there and ask me to leave. She reached back into her car and brought out her camera and took photos for a while before coming over and talking about the flowers. I was relieved to know that almost everyone goes there for flower photographs.