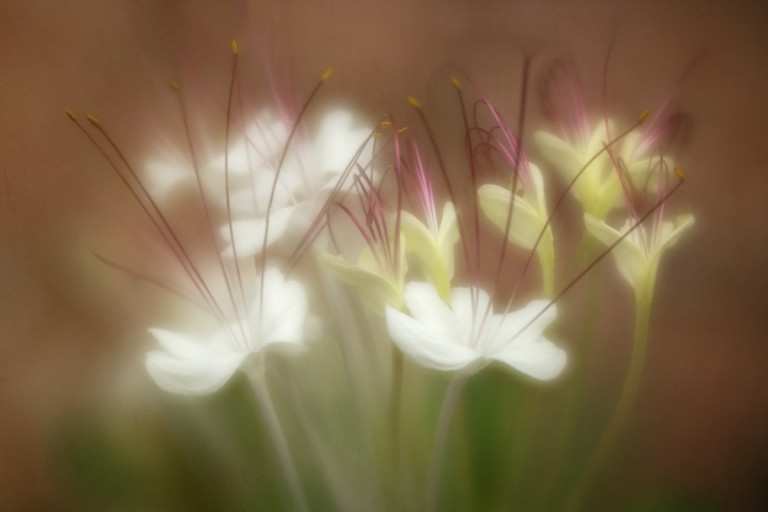 This photo was made with my favorite lens from one of my favorite companies. It’s a Lensbaby Velvet 56 that I just had to have for my birthday last year. It is marketed as both a portrait and a macro lens, and it’s also good for shooting nature. It calms and beautifies distracting backgrounds.

I have been shooting Lensbaby since the second time I discovered them. I tried them once in a photography club meeting and did not get the results I wanted, but liked the look that their lenses produce and kept trying. I took a class and read Corey Hilz’s book, Lensbaby: Bending Your Perspective. The original Lensbaby used a clever mechanical method of changing aperture using insertable rings. You can also bend the lens holder, the Composer Pro, to change the center of focus and blur. The trick is that a little goes a long way and it can get way too blurry in a hurry. It is also tricky to get the focus where you want it.

The Velvet 56 looks and acts more like a ‘normal’ lens. It does not bend and the aperture and focus rings are right on the lens. The bokeh is indeed velvety when shot wide open, but it can have a crisp focus at higher apertures.

This photo was shot with a wide aperture to velvetize the background. The photo session was in a conservatory with lots of plants in the background, which the Velvet 56 handled with grace. I have been trying to get a photograph that I like of the flowers of this small tree for several years. I finally got the right combination. I love how the lines of the stems are mimicked by the lines of the filaments holding up the anthers (contain pollen), and the softly blurred background highlights the white flowers.