There is always much speculation in the spring amongst photographers, botanists, and hikers as to when to visit Big Creek in the Smokies — in late March or early April. It is one of the first areas for wildflowers to bloom near Asheville. It is about an hour’s drive west on I-40 to the first Tennessee exit and then drive under I-40 and double back into North Carolina for several miles to the far eastern edge of Smokey Mountain National Park. There are 2 trails out of the parking lot. The Big Creek trail goes along Big Creek up to a camping ground, a six mile hike. (I have never hiked that far because I am too occupied taking photographs). The other trail starts off on the opposite side of Big Creek and goes to Baxter Creek. Most of the early wildflowers are in the first half mile out of the parking lot. 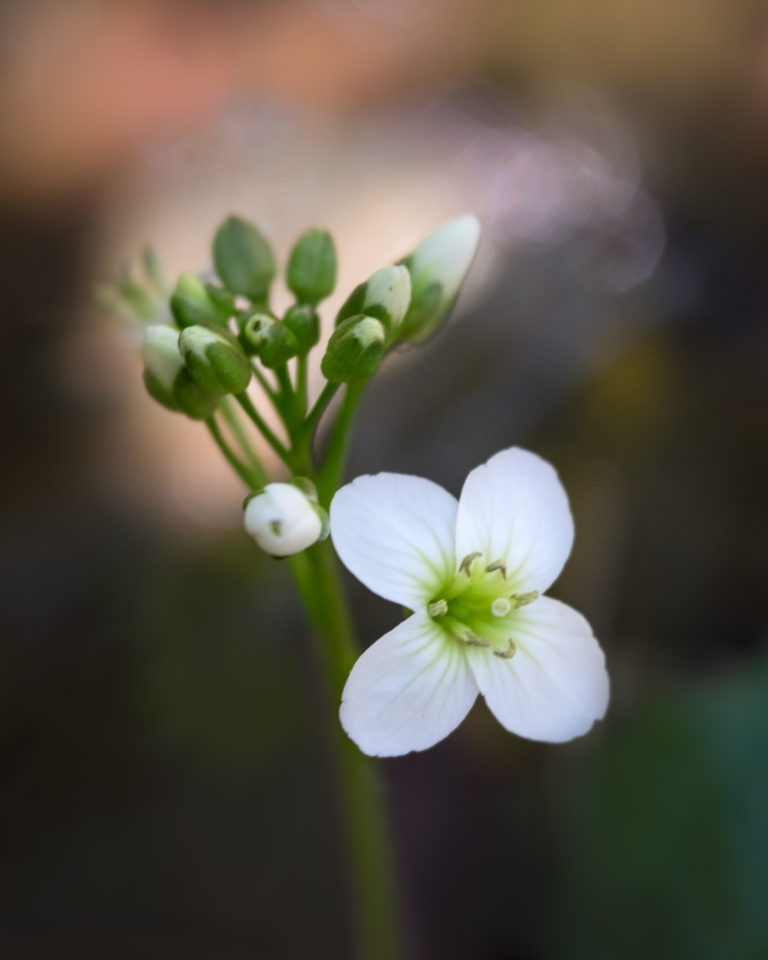 This year, I made 3 visits in 1 week. Two were with hiking groups, so they understandably didn’t want to stop for slow photographers. The 3rd time was to take photos. This toothwort was growing along a small feeder stream. It was named toothwort by the early settlers because the buds look like teeth and it was believed to cure a toothache. Although it doesn’t really cure a toothache, the leaves were enjoyed in early spring smothered in bacon grease or vinegar. The roots have a peppery flavor. Rather than eat it, I took its portrait because of the colorful light behind the flower. 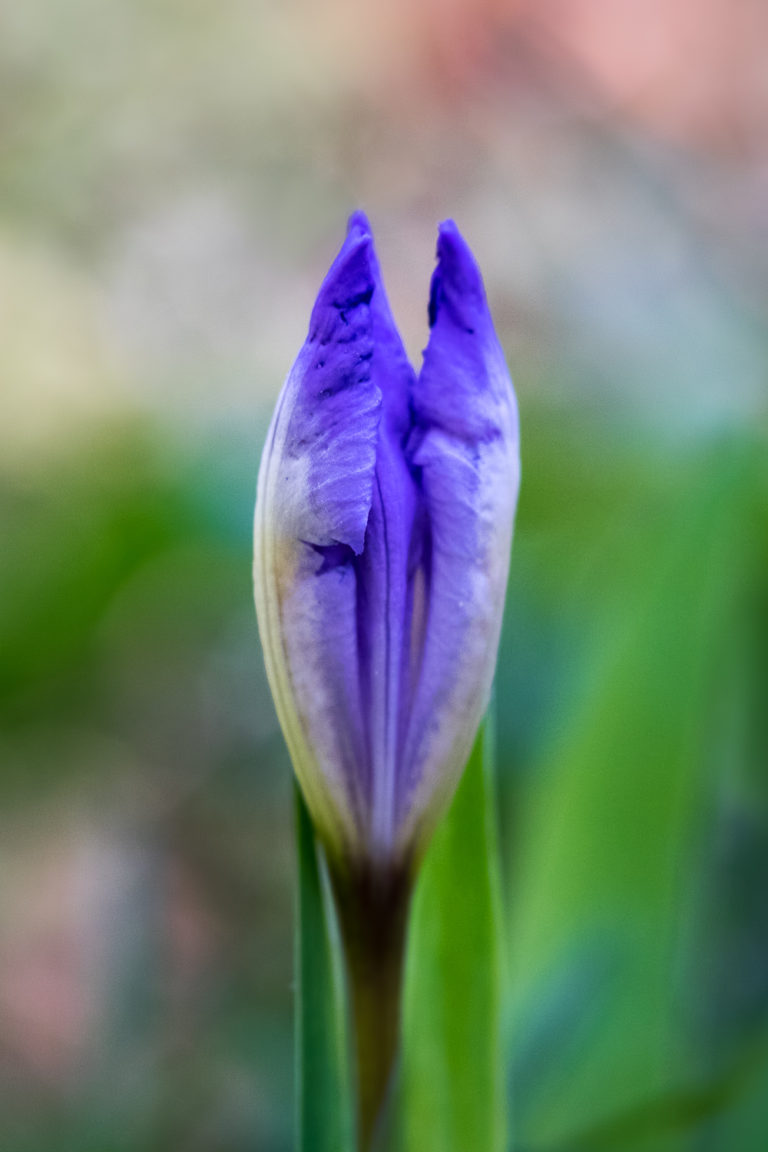 There are clumps of Dwarf Irises along the trail. Other years, I have photographed individual or small groups of these Irises, but this year I liked the soft colors and folds of the bud.

There are frequent fields of Wild Geranium along the trail. I found this one on the way back down the trail facing into the late afternoon sun, overlooking the hint of Yellow Trillium and more Wild Geranium. 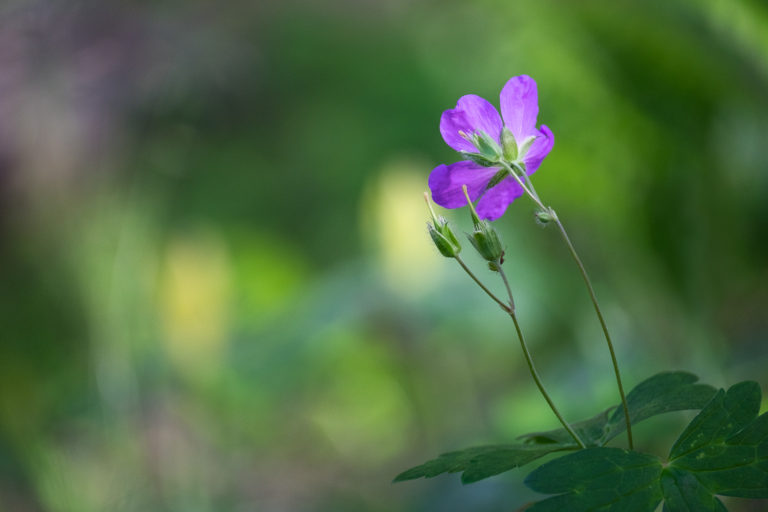